On July 22, Doug Ford demonstrated that he's no different than the traitorous Patrick Brown and the corrupt, former Liberal Premier Kathleen Wynne, both of whom had contempt for voters and democracy.

Premier Ford has just booted the pro-life, pro-family MPP, Belinda Karahalios, from the Progressive Conservative Party of Ontario’s caucus. This means she will now sit as an Independent MPP for Cambridge. 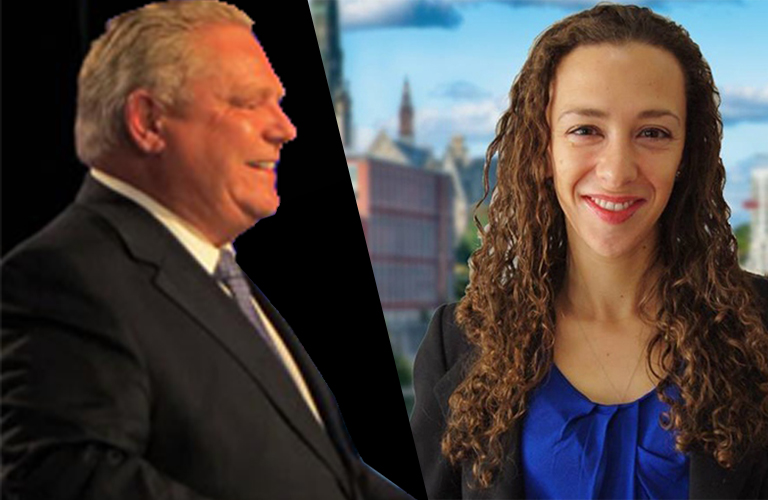 What did Belinda do to provoke Ford’s anger? Was she alleged to have committed a serious crime which brought scandal to the Party?

She merely voted against Ford’s undemocratic Bill 195, which took away the legislature’s ability to vote on the use of “extraordinary emergency powers” for the next year, under the guise of fighting the COVID-19 virus.

The bill would vest solely in the person of Doug Ford and any one of his Cabinet Ministers, the power to write legislation which violates our civil liberties in the name of dealing with COVID-19, without first having it approved (voted on) by the elected lawmakers (MPPs) who are elected to represent their constituents.

We have been steadily losing our democratic rights and freedoms, primarily from despots like Justin Trudeau and other leftists, but now, the supposedly “conservative” Premier of Ontario is joining in this erosion of civil liberties. Of course, this is not new to the PC Party. Vote rigging, ballot box stuffing, cheating, flip-flopping and fake consultations are de rigueur and well documented in the Brown-Ford PC Party.

Remember – once the state seizes power, it never relinquishes it. Ford has entered dangerous territory for our democracy, and we thank MPP Belinda Karahalios for taking a stand against this government overreach.

Belinda was the only MPP in the PC Caucus to stand up for democracy and vote against this unconstitutional power grab. To read a copy of Belinda’s press release archived on our website, click here.

We encourage you to respectfully express your concerns to Doug Ford by phone, email, by Canada Post, or Twitter, at the following coordinates: