On June 28, 2005 the Liberal party of Canada passed Bill C-38 which abolished the traditional definition of marriage and in so doing, also redefined the family. In order to satisfy a tiny number of gay-activists, so-called homosexual "marriage" was legalized. The parliamentary vote was a farce because Party Leaders forced the Liberal, NDP and Bloc members to vote in favour of C-38 even if it violated their conscience. Democracy was also violated that day. 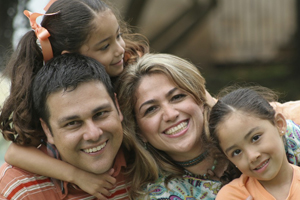 Marriage is about attaching mothers and fathers to their children and to one another. At its heart, the institution of marriage is concerned with providing stability to children and ensuring that their mothers and fathers are committed to the offspring from their union. Contrary to claims about adult "rights", the state's interest in marriage is solely about protecting children, i.e. the next generation of its citizenry. Otherwise, the state has no interest whatsover to promote marriage nor to elevate it above other types of human relationships.

It is ordained by God for the procreation and nurturing of children. Marriage is the institution which best protects and nurtures that basic cell of society upon which civilization is built, i.e. the family. Therefore anything which undermines the institution of marriage, undermines the family itself, and weakens our civilization. It's in the family that children are socialized, taught to obey rules and have moral values instilled in them to last a lifetime. It's in the family that children learn the unique and irreplaceable roles of a mother and a father. Weaken that social fabric, even a little, and inevitably, we will face greater social problems than already experienced today.

When the idea that children need moms and dads gets legally stigmatized as bigotry, the job of parents and faith communities trying to transmit a marriage culture to their kids is going to get a lot harder. Do we want to teach the next generation that one-half of humanity-either mothers or fathers-are dispensable, unimportant? Children are confused enough right now with sexual messages. Let's not confuse them further.

As pro-family citizens, we love same-sex attracted men and women and we oppose all unjust discrimination in their regard. Gays and lesbians have a right to live as they choose - but, they don't have the right to redefine marriage for all of us! 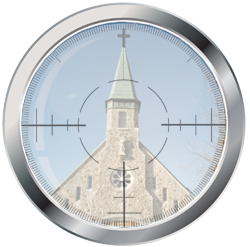 Besides the obvious detrimental effects to children, same-sex marriage (SSM) has dire consequences for our liberty. Within the first 7 years, the cost of same sex "marriage" has already been too high. Freedom of religion and freedom of speech have been squelched in Canada immediately following the legalization of homosexual "marriage", at provincial and federal levels. Canadian Christians are facing the sort of persecution not heard of since the soviet oppression of Eastern Europe which lasted until the 1980's.

Human Rights Tribunals have been persecuting Christians by accepting frivolous human rights complaints filed by militant gay-activists seeking to silence opposition to their lifestyle. In violation of their Charter right to freedom of speech and religion, pastors have been threatened, fined and banned from ever speaking publicly about homosexuality. Christians have been forced to make public apologies for simply stating their religious beliefs about homosexual acts. A Catholic magazine was almost forced into bankruptcy due to legal defense fees. Others have been forced into silence to avoid paying ruinous legal defense fees while the government covers all costs for the homosexual complainant. And more tyranny is on the way. We see a trend towards employment discrimination against Christians who are found to hold personal beliefs in favour of the traditional marriage.

To read detailed cases of persecution in the wake of homosexual 'marriage', click here.

Why Not Same-Sex Marriage?

It's imperative that we have the ability to articulate why true marriage must be restored. Arm yourself with the facts by studying the following five-part audio seminar by Peter Herbek. This is the most well-researched and educational series of talks you will ever hear on the topic of SSM. Herbek covers all the issues including politics, Scripture, the culture war, gay myths, the medical dangers of homosexuality, true compassion for gays & lesbians and much more. Although speaking from a Catholic perspective, these talks are suitable for all faiths or people of no faith at all, arguing largely from logic, science and natural law.  Note: these talks are reproduced with the permission of Peter Herbek.