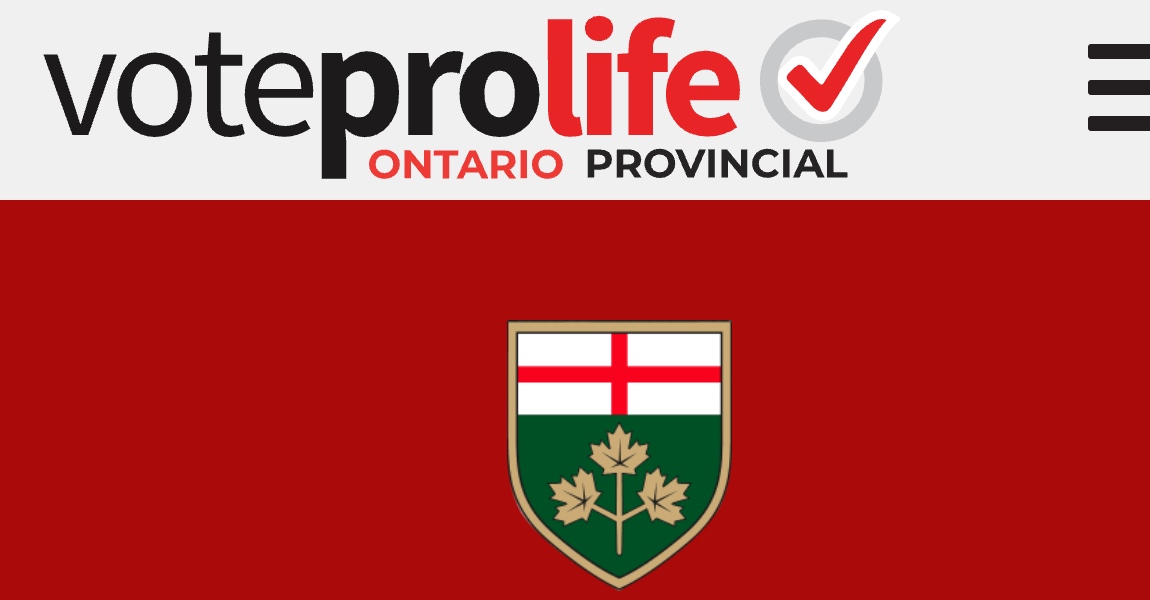 Campaign Life Coalition (CLC) is pleased by the strong show of support in today’s provincial election that life-loving and freedom-fighting Ontarians gave to over 100 MPP candidates green-lighted by CLC as pro-life and pro-family. We are delighted that seven green-lighted candidates were re-elected and will help form government.

“Some 200,000 Ontarians voted for serious change tonight in casting their votes for candidates running under the banner of new authentically conservative provincial parties, including the New Blue Party and the Ontario Party,” said CLC National President Jeff Gunnarson. “These voters said, ‘Enough of spineless leaders. We’ll vote instead for parties with leaders and candidates who wholeheartedly respect life, freedom, parental rights, and God’s plan for marriage and family.”

The New Blue Party combined with the Ontario Party picked up about 5% of the entire vote.

“Tonight’s results do not indicate the end of a movement, but the beginning – a movement that is only growing and becoming more powerful as more and more people reject political powers that rule through fear and division. Tonight’s numbers show a grassroots movement that will certainly win future elections. And, when that day comes, children in the womb targeted for abortion will have a powerful political champion,” Gunnarson added.

If Ford’s record is anything to go by, Ontarians can expect another four years of promise-breaking and betrayal. Pete Baklinski, CLC’s Director of Communications, said he's "disappointed" with the re-election of Ford's PC government. He characterized Ford’s political actions as “totalitarian.”

“He coerced pro-life Ontarians to violate their consciences by threatening to strip them of their jobs and freedoms unless they submitted to abortion-tainted COVID injections. During his disastrous lockdowns, Ford shut down churches declaring them to be ‘non-essential’ but kept abortion mills and marijuana shops open as ‘essential.’”

Baklinski said that the PC government under Ford has a proven track record of betraying the voters who put it in power. On top of breaking his promises not to implement vaccine passports and to keep schools open, Baklinski related some of the promises that Ford has broken that are especially concerning to social conservatives.

“When Ford was first elected in 2018, he promised to repeal the Liberal’s sex-ed curriculum but never did. And, he broke his leadership promise to introduce conscience rights legislation to protect Ontario doctors from being coerced into participating in or giving referrals for abortion and euthanasia.”

Baklinski said there is one promise he hopes Ford won’t keep. “Ford recently promised that, in the wake of the U.S. Supreme Court leaked abortion decision, he’ll keep abortion access ‘exactly the same’ in Ontario. I wish that this would be his next broken promise.”