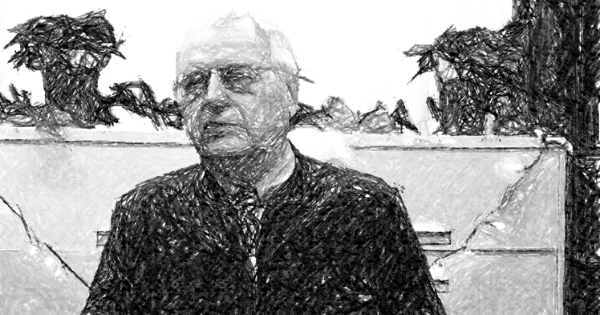 They say revenge is a dish best served cold. I’d say that one that has been waiting over a year is awfully cold. That’s how long the LGBTQ lobby has been itching to punish faithful Catholic Trustee Mike Del Grande. They finally got their revenge last Wednesday night.

Though the degradation of publicly-funded Catholic schools has been ongoing for quite some time now, this particular trouble can be traced to the spring of 2019, when a dissident Toronto Catholic District School Board elementary teacher, Paolo De Buono, requested that the board add the terms “gender identity,” “gender expression,” “marital status,” and “family status” to its Code of Conduct.

Campaign Life Coalition pushed back, and a small number of faithful Catholic trustees did too.

On November 7, 2019, Trustee Del Grande put forward an amendment proposing that other disordered sexual preferences be added to the Code of Conduct. (He introduces the amendment at 5:39:20 in this video.)

He was not serious, but rather, attempting to illustrate that it is ridiculous to indefinitely expand the list of protected classes and that doing so is obviously not necessary to ensure that everyone in the TCDSB community is respected.

They couldn’t tolerate his refusal to submit. It was not enough that they got the problematic terms they wanted injected into the Code of Conduct, partially due to a lack of leadership from the Archdiocese of Toronto. (The best they did was put out this short and confusing statement, but it was far from sufficient when a TCDSB report, which they did not publicly refute, claimed, “The Archdiocese will accept all prohibited grounds of discrimination”—gender identity, gender expression, and so forth—as long as they are “interpreted through the lens of the Catholic faith.”)

Meanwhile, he continued to get raked over the coals, with an investigation launched into whether his November 7 comments violated the Trustees' Code of Conduct or not.

In a vote on August 20 of this year, the board found that it did not.

That, of course, was the wrong answer in the eyes of LGBTQ agitators and their allies and another slew of attacks was set off in the media.

Trustee Markus de Domenico arranged for a special meeting on November 11, 2020 to reopen the issue, which, legally, is rather questionable, as it could be considered “double jeopardy.” A decision had already been made. Are all other complaints going to be similarly reopened?

But such concerns are small potatoes to people used to getting their way.

So, once again, I delegated to the board—this time, with the purpose of defending Trustee Del Grande. Here is a copy of my statement.

Of course, even after other delegates and I pointed out that Trustee Del Grande, was not, as many had alleged, equating LGBTQ individuals to criminals, various trustees insisted he had.

Highly revealing were Trustee Norm Di Pasquale’s remarks about prioritizing impact over intentions (at 5:38:44 in this video). The implication is that it doesn’t matter if Trustee Del Grande had not intended to compare LGBTQ individuals to criminals. All that matters is impact—that it was felt like that was what he had done.

Except—why was it felt like that was what he had done? Because over and over again that’s what his opponents accused him of doing!

Is this not the definition of gaslighting? Risking harm to a community by convincing them that a fellow trustee did them harm, and then trying to put the blame on said trustee?

Unfortunately, Trustee Di Pasquale, along with much of the rest of the board, was intent on making Trustee Del Grande the sacrificial lamb “to restore public confidence in our board” (when, again, they were the ones who destroyed it).

Indeed, they appeared rather invested in impressing former premier Kathleen Wynne, who also delegated to the board. They were falling over themselves to pay her compliments and ask her how she would have handled this whole matter. Trustee Daniel Di Giorgio, for instance, referred to her “unparalleled” resume multiple times.

Keep in mind what this unparalleled resume contains: the implementation of a radical sex-ed curriculum developed under the mentorship of now-convicted child pornographer Benjamin Levin, the passing of various bills severely undermining parental rights, and the enactment of totalitarian bubble zone legislation restricting pro-life speech and assembly.

While the board was all too happy to grovel at Wynne’s feet and listen to other delegates berate Catholic teachings, they drew the line at listening to the recitation of the Catechism of the Catholic Church.

Yes, you read that correctly.

Watch the exchange below.

I am actually very appreciative of it for removing any ambiguity about whether some of the TCDSB is hostile to Church teaching. These members can no longer be considered faithful to the Church.

Read about what actions CLC is demanding in response here.

In the end, trustees Di Giorgio, de Domenico, Joe Martino, Frank D’Amico, Ida Li Preti, Maria Rizzo, and Angela Kennedy (who had changed her mind since August) voted that Trustee Del Grande had violated the Trustee Code of Conduct. They requested that he publicly apologize and complete an equity training program. He will be prohibited from serving in a representative position or role in the board for a period of three months.

Part of the investigative report into his November 7 amendment has also been made public.

For more information about this fateful meeting, read this LifeSiteNews article.

The main takeaway is that we haven’t given up.

Trustee Del Grande has secured legal representation and plans to fight back.

Please contact your trustee to express disappointment or thanks, depending on their conduct that evening.

Please contact the Archdiocese of Toronto to plead for His Eminence Thomas Cardinal Collins’ intervention.

Most of all, pray for renewed holiness in the TCDSB.