The militant gay lobby along with heretical forces within the Toronto Catholic District School Board (TCDSB) are once again trying to destroy Trustee Michael Del Grande. This time, they’ve recruited former Premier Kathleen Wynne, and Doug Ford’s Education Minister, Stephen Lecce, to help them do it.

At the bottom of this email, we’ve provided phone numbers for TCDSB officials, plus the Education Minister and Doug Ford, so that you can phone and demand they cease and desist this anti-Christian persecution campaign.

Watch Wynne & Lecce’s exchange in the Ontario legislature, below, demanding the public release of a private TCDSB report on a complaint that was already voted on, found Del Grande not guilty, and the case closed. The purpose of releasing the report is to restart new complaints and a new witch hunt against Del Grande, in order to bring so much pressure to bear on him, that he will cave, apologize for defending the faith, and resign.

Here, Wynne names Trustee Del Grande in the legislature and challenges Lecce to go after him: 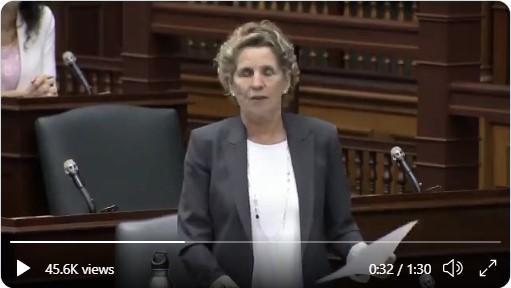 Here, Lecce responds to Wynne, also slandering the good name of Michael Del Grande, and implies he agrees with going after him: 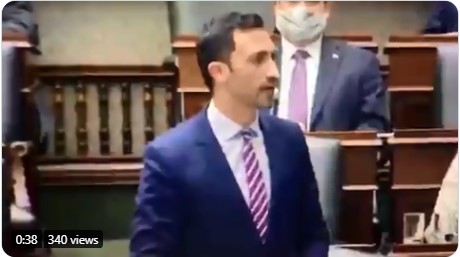 One thing we’ve learned from working in politics all these years, is how to spot a political set-up when we see one. It’s very clear to us that this has all been orchestrated between Wynne and Lecce, by the gay-activists who are persecuting Del Grande.

Working with these individuals and the gay lobby, is the notorious TCDSB Trustee Markus De Domenico, a dissident Catholic who promotes ideologies that contravene the Catholic faith.  (Note: Last year, during a committee hearing on gender identity and sexual orientation, this same Trustee berated a young female delegate for defending Catholic teaching.)

On Wednesday November 4th, De Domenico will bring forward a motion at the Board to release the private report about the complaints against Del Grande, so that the hate campaign against the latter can start all over again.

Background on the campaign to destroy Trustee Del Grande

Michael is one of the few trustees on the TCDSB who adhere to, and defend the moral teaching of the Catholic Church in TCDSB schools.  The majority on the board have voted for, and taken, heretical positions that contradict Christian moral doctrine and Catholic anthropology of the human person.

One year ago, in November 2019, Del Grande heroically put forward a motion to oppose the addition of the terms “gender identity” and “gender expression” as grounds for non-discrimination to the Catholic board’s official Code of Conduct, as was his moral and fiduciary duty.

We know of course, that the transgender lobby’s unscientific Theory of Gender Identity is anti-Christian to its core, directly opposing the Word of God in Genesis 1:27:

Del Grande’s motion sought, through analogy and hyperbole, to demonstrate for his colleagues the slippery slope and incongruence of them voting to add these problematic, anti-Christian terms in a Catholic environment. The motion proposed adding other sinful sexual behaviours (such as pedophilia) to the Code of Conduct, to make it clear that if one sin cannot be normalized and promoted in a Catholic school, neither should the others.

Numerous gay activists filed complaints against Del Grande, falsely implying that he accused homosexuals and transgenders of being pedophiles. He did no such thing.  But the biased, pro-gay media spun his comments out of context, lied about them, and basically accused him of causing the suicides of LGBT-identifying youth everywhere.

But this is how our corrupt media works to destroy Christian conservatives and to achieve the personal political goals of the journalists, which is one and the same as that of the gay activists.

If they succeed in having the private TCDSB report released to the public, their next step will be to re-open the closed complaint in which Trustee Del Grande was found not guilty of Code of Conduct violation, and to force a re-vote.

And ultimately, knowing that Mike’s health is poor (he suffers with heart problems), to bring so much stress to bear upon the poor man that he will resign for fear of a heart attack.

And this is not conjecture. The relentless attacks on Del Grande brought on a serious heart incident on October 16th, one day after another grueling board meeting of orchestrated attacks, in which he was rushed to hospital and had to have his heart paddled.

These cruel and wicked activists, along with some of his own Trustee colleagues like Markus De Domenico, are determined to get rid of Del Grande.

The LGBT mob is after him and they'll do everything they can to cancel him. But we will not let that happen. We need to let Mike know that he is not alone in the defense of Truth.

Please take the time to immediately phone each of these officials and demand that they call off the persecution of Trustee Del Grande.

Tell them you don’t appreciate the anti-Christian bigotry and hatred for religion that is on display here, and that you demand it stop.

Request that pressure be brought to bear upon Trustee De Domenico to withdraw his motion to publish the Del Grande report. This is not being asked of complaints against other trustees, including cabal leader Maria Rizzo who was under investigation for allegedly uttering a threat of violence against a union rep.

Thank you for helping us to defend the good name – and health – of this faithful Christian man.

Yours for life, family & faith,