It’s time to come together and make sure the rabidly pro-abortion and anti-family MP for Oakville North–Burlington is defeated in the next federal election. 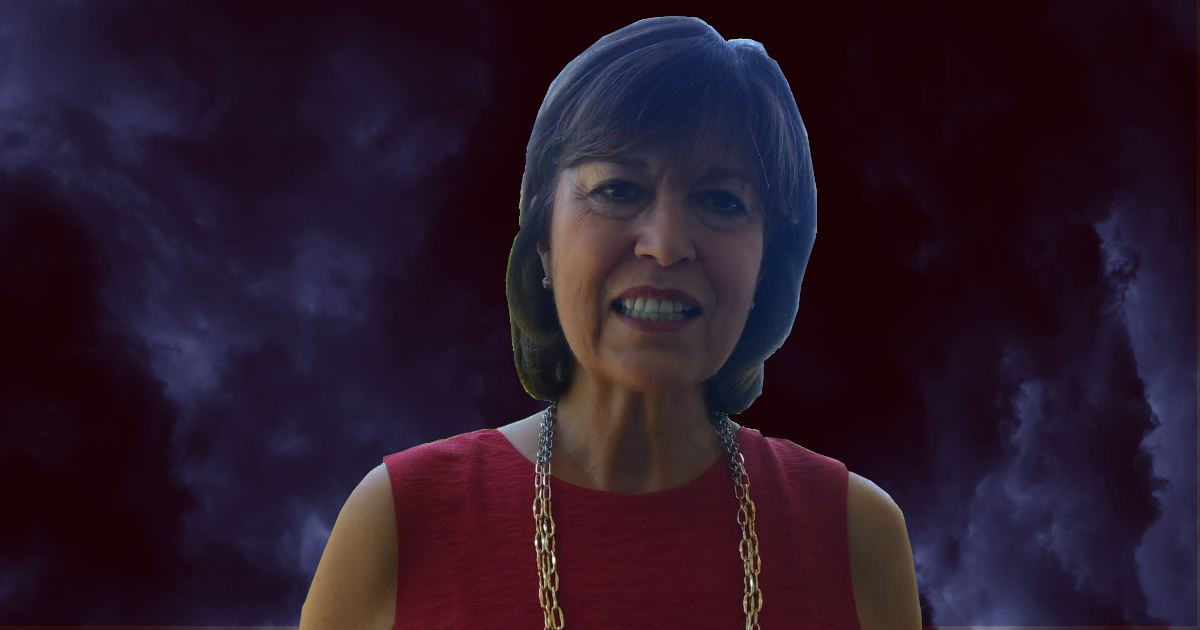 We cannot tolerate the culture of death radicalism and left-wing totalitarianism of your local Liberal MP, Pam Damoff, for one more second. Damoff’s defeat cannot wait – we must start arranging it today!

We need to build an army of pro-life, pro-parental rights and pro-free speech citizens in the riding of Oakville North-Burlington NOW, so that she can be removed from office at the next federal election, which might happen as early as this fall.

On August 25th, Damoff fired an opening salvo in what has become an all-out war against MP Derek Sloan, a heroic, pro-life, pro-family politician who ran in the Conservative Party of Canada's leadership race.

In an open-letter posted on Twitter, on the same day Erin O'Toole won the CPC leadership, Damoff called for the removal of Derek Sloan from the Conservative Party caucus.

Right away, she slandered Sloan in the first paragraph, accusing him of being a “racist”, a “misogynist”, and a “bigot” – all of which could not be further from the truth.

Derek ran a heroic campaign based on defending our rapidly disappearing freedom of speech, promoting the sanctity of human life, and stopping the Liberal assault on the right of parents to guide the moral education of their own children.

This is the real reason for Damoff’s attempt to cancel Derek Sloan. She opposes biblically-inspired moral values and wants to stamp them out.

In some ways, Ms. Damoff's letter was not about Derek – it was about you, and her opposition to your deeply-held religious and moral beliefs.

Ms. Damoff has a long history of opposing people of faith and of promoting moral degeneracy. Just look at what she supported as a member of parliament:

The reasons why Ms. Damoff is unfit to represent the people of Oakville North–Burlington are legion, including other controversial stances. 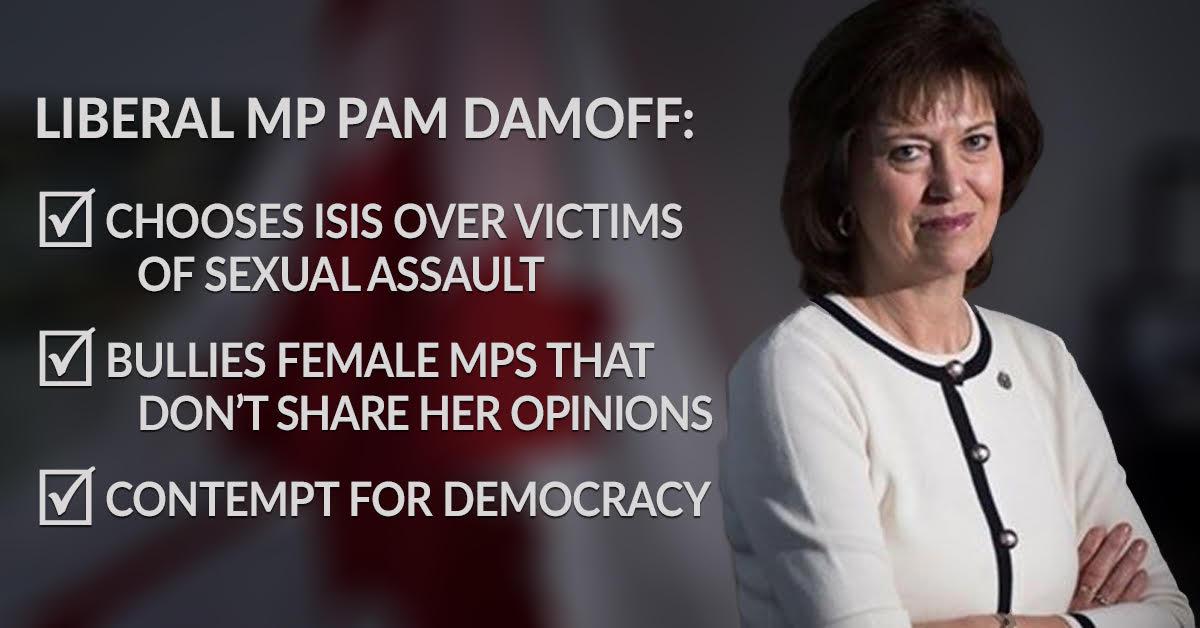 Pam Damoff conflates identity politics and slogans with genuine rights and liberty. What she actually represents is the antithesis to the bedrock life and family values you hold dear, the traditional Christian virtues that form the backbone of our country.

Damoff stands against freedom of speech and conscience.

This is why we need to stand in the way of Damoff’s re-election.

This is why we need to start mobilizing.

The next federal election could happen soon, so we need to pull together all the pro-lifers and people of faith in the riding of Oakville North–Burlington to throw MP Pam Damoff out of office.

Please sign this petition as a pledge, that we, the undersigned, will do what we can to defeat Damoff. She won the riding in 2019 by a margin of 7,113 votes. For this reason, we have set our petition’s goal to 3,557 - the number of voters we need to flip in order to throw Damoff out.

Even if you don’t live in Oakville North-Burlington directly, you can still help by inviting your friends and relatives in the riding to sign the petition. If you live adjacent to the riding, you can also help us by volunteering to distribute information pamphlets door-to-door. Sign the petition so we can connect with you!

We need to spread the word, at the grassroots level, so after you sign it, we kindly ask that you pass this petition around to your family and friends, too. By organizing now, we'll be able to turn out in force on Election Day, to ensure MP Pam Damoff is defeated.