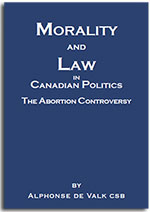 Alphonse De Valk, CSB
Campaign Life Coalition has republished a limited quantity of this authoritative book on abortion and Canadian politics. This groundbreaking book analyzes the rise of the culture of death in Canadian politics and entrenchment in the judiciary.

This book is a must read for all Canadian pro-life, pro-family, pro-free speech activists. It was written by Father Alphonse De Valk, a Basilian priest and former editor of Catholic Insight magazine. 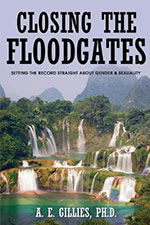 View Inside
Dr. Ann Gillies
Psychotherapist Dr. Ann Gillies exposes the corrupt ways in which the sexual revolution has been promoted over the past 60 years. Her compelling analysis underlines the dangers inherent in the unscientific ideologies we see today – like gender theory – and how they are being used to reshape society in an image that undermines and denies our basic humanity. 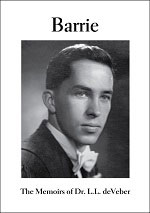 Dr L.L. (Barrie) deVeber, founding President of the Euthanasia Prevention Coalition (EPC)
The newly published book - Barrie: The Memoirs of Dr. L.L. deVeber, is the story of the life of a man who was a pediatric oncologist, a hematologist, a researcher, an innovator, a leader, and a founder of many organizations.

Dr deVeber is historically known for his work in the development of the serum for treating Rh factor in pregnancies. Countless children survived thanks to this research by Dr. deVeber.

Dr deVeber developed the first pediatric palliative care guidelines, that were developed while he was treating children who were dying from cancer in London Ontario. 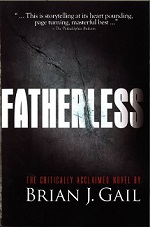 View Inside
Brian J. Gail
Meticulously researched, brilliantly crafted, Fatherless takes the reader on an unforgettable journey inside Fortune 500 boardrooms and Madison Avenue screening rooms, behind one-way mirrors in America's heartland and two-way screens in church confessionals, to the very peak of Ireland's highest mountain and inside the papal dining room of John Paul II in Rome . . . Fatherless is the signature Catholic novel of its generation.


Paperback
Add To Cart - $15.00
The Dauphin: The Truth About Justin Trudeau 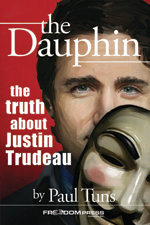 View Inside
Paul Tuns
From the author of Jean Chretien: A Legacy of Scandal comes another hard hitting well researched book about the man behind the mask. Paul Tuns sets the standard for exposing the legacy of Liberal Leadership in his latest: The Dauphin: The Truth About Justin Trudeau 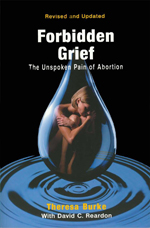 View Inside
Theresa Burke with David C. Reardon
An invaluable read for those who know a post-abortive woman and want to reach out in love. If you know somebody who has had an abortion and is suffering, but don't know what to say that could help her, this book could be the answer. It is a powerful guide to help post-abortive women understand their pain. True stories describing post-abortion trauma, combined with peer-reviewed psychological research make the case that abortion hurts women... and point the way to inner healing.


Paperback
Add To Cart - $22.95
Women's Health after Abortion: The Medical and Psychological Evidence 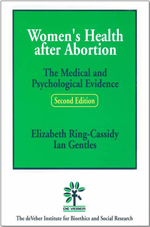 View Inside
Elizabeth Ring Cassidy, Ian Gentles
Drawing upon authoritative, scientific studies, this book lays to rest the question over whether abortion is medically and psychologically harmful to women. The evidence is overwhelming. 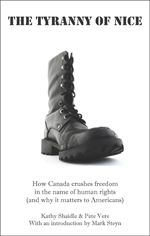 View Inside
Pete Vere, Kathy Shadle, foreward by Mark Steyn
An examination of how Canada's quasi-judicial Human Rights Commissions have been crushing freedom in the name of human rights. This book highlights disturbing cases and warns of a growing totalitarianism in Canada. 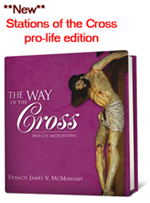 View Inside
James V. McManamy
Stations of the Cross is a traditional Christian devotion, still practiced by Catholics and other Christians, wherein believers meditate on the passion of Jesus Christ in fourteen steps or stations. Each station incorporates an insightful pro-life reflection. This work is intended especially to assist pro-lifers, schools, and Church groups in their desire to promote justice for the unborn and a culture of life in society.