News > Why only Sloan and Lewis can beat Trudeau

Why only Sloan and Lewis can beat Trudeau 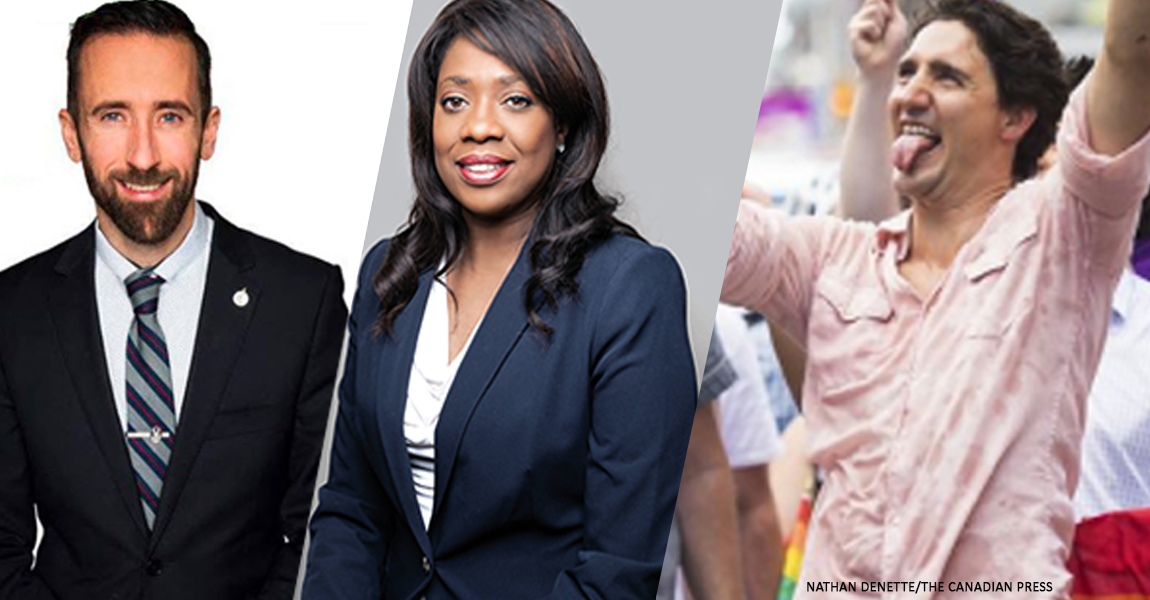 If you happen to be a member of the Conservative Party of Canada (CPC), or have friends who are, you must read this email.

a) elect a moral Leader

b) best advance the pro-life/family cause in the long-term, and

c) beat Justin Trudeau in the next election.

A copy of the Voter's Guide is presented in the body of this email, below, with links to comprehensive policy analysis for each candidate on our website.  Our explanation of why only Sloan and Lewis can defeat Trudeau follows below that.

Vote for these unapologetic pro-life/pro-family candidates as your #1 and #2 choices, in whatever order you prefer.

Individual rating for each Tier 1 candidate is based on the number and quality of socially conservative policies put forth by each candidate, as well as how outspoken each of them has been on life & family issues. Sloan has the edge on these criteria which explains his higher A+ score, but Lewis, who has an A score, is also a good choice.

No other candidate should be considered for ranking on the ballot.

The remaining candidates are disqualified from consideration owing to their support for abortion, which is a disqualifying factor.

Please do not rank their names on the ballot, at all.

Each year, over 100,000 children are killed before birth, and neither MacKay nor O'Toole is prepared to protect their right to life. Ranking either man third or fourth would send the message to all Canadian politicians that they can support the killing of babies in-utero, and still count on the votes of pro-lifers.

Furthermore, it would be strategically counterproductive to our cause in the long-term, over the coming years. By strategically withholding support from politicians who promote and affirm abortion, or who refuse to do anything to stop the killing of children before birth, we are cultivating more courageous leaders in the future.

By ranking only Lewis and Sloan on the ballot and leaving the red Tories blank, we will be sending a powerful message to the Party establishment, the media and conservative politicians across the nation, federally, provincially and municipally.

For a web version of this Voter's Guide that you can share on social media, click here.

Why electing O'Toole / MacKay would be folly

Based on public statements, debates and voting records, both O'Toole and MacKay are equally pro-abortion and equally un-deserving of the votes of social conservatives.

Furthermore, we're convinced that neither of these two Liberal-lite candidates will be able to defeat Justin Trudeau in the next election.

Like the "evolved" and "progressive" Andrew Scheer before them, they will:

In CLC's professional opinion - and we have a long track record of being right politically - only a principled and unabashed social conservative like Sloan or Lewis will be able to dislodge Justin Trudeau from power.

A vote for O'Toole or MacKay really would be a vote for a Justin Trudeau, third term, majority government.

Sloan and Lewis have practiced defending their pro-life and pro-traditional marriage beliefs during interviews with hostile TV news anchors, in media scrums and debates. In so doing, they've trained themselves to be able to stand on principle in the face of venomous liberal assaults during a general election campaign.

And just as importantly, Sloan and Lewis have learned the art of turning that media attack on its head, and transforming it into an opportunity to articulate their principled stands in a way that brings more over voters to their camp, including religious and ethnic minority voters who normally stay home on election day, or worse, vote Liberal because they see no moral difference between the parties.

By defending their principles over and over, they have steeled their resolve and trained themselves for the job of facing down the armada of anti-Conservative media outlets that will be working to re-elect Justin Trudeau, from the CBC, to Global, to CTV to the Star.

One thing you need to understand about politicians - and the human psyche in general - is this.... when a person stands on principle, over and over, it becomes habit-forming. It builds virtue. It strengthens character. By doing it repeatedly, you are making yourself fearless and more impervious to becoming compromised. This describes Sloan and Lewis.

Conversely, when a person caves in, or repeatedly compromises principles over and over, and adopts political correctness to avoid media pressure, that is also habit-forming. This describes O'Toole and MacKay.

Only Sloan and Lewis will be able to stand their ground on small-c conservative principles, including the sanctity of life, parental rights and freedom of speech, along with other economic issues that are important to non-socon members of the party's base, like totally repealing the carbon tax.

This is why fiscal conservatives who want to see their Leader stick to conservative economic policy and not crumble at the first sign of media pressure, should also vote for Sloan and Lewis as their #1 and/or #2 choices, in whatever order they prefer.

Are pro-life/family views an "albatross" that loses elections?

Don't believe the myth that a social conservative policy platform will doom the party's electoral chances. Just one recent example that put that to the lie was the 2018 election win of Doug Ford and the PC Party of Ontario.

Ford ran largely on a socially conservative platform and was awarded a massive super majority, with the Liberals relegated to just 7 seats. Here are the socon policy positions that the Ford PCs ran and won on:

The fact that after winning on these issues, Doug Ford betrayed us by abandoning virtually all of those policies does not in any way detract from the fact that he actually won a super majority by running on them. It did not hurt his party, but rather helped the PCs by bringing out massive numbers of religious voters and ethnic minority voters who were able to see a stark moral difference between the Ford PCs and the Wynne Liberals.

Now contrast the Ford experience of running on a largely socon platform and winning a huge majority with what Andrew Scheer did in the 2019 federal election. Upon becoming CPC Leader, Scheer ditched his pro-life, pro-family beliefs. He promised the media he would vote against any pro-life bill that might come forward and that he would continue Trudeau's policy of funding foreign abortions with Canadian tax dollars. Scheer pledged support for the Liberal "conversion therapy" ban that would criminalize parents for up to 5 years for affirming their gender-confused child's birth sex. What was the result for Scheer? Facing a weakened Trudeau who was mired in a racist blackface scandal, the Scheer-led Conservatives lost. His newfound Liberal-lite stance did not help the Party's electoral results. It contributed to their defeat.

So don't believe the lie that Sloan and Lewis' social conservative beliefs would be an impediment. The opposite is true. It'll help them become Prime Minister.  Vote Lewis and/or Sloan in the #1 and/or #2 position, in whatever order you prefer.

I'd also like to inform you that the Party has now published voting ballot instructions online, here. These voting instructions make it clear that you are allowed to vote for only your top two choices (Sloan and/or Lewis) and to rank nobody for the third and fourth spots. Please do that when your ballot arrives in the coming days or weeks.

Thanks and God bless.